Reporting on the Women Build Nations Conference in Chicago on May Day weekend: Two words: sensational and huge!

My old friend electrician Cynthia Long (IBEW Local 3 NYC) just texted me asking for news about the conference. Although it wasn’t her intention to guilt trip me, I felt bad for not having reported back to tradeswomen friends who couldn’t attend. Here are some highlights:

The climax for me was performing on stage for this gigantic audience of tradeswomen. My wife Holly and I wrote a song called Sister in the Brotherhood, and she accompanied me on the guitar. I was terribly 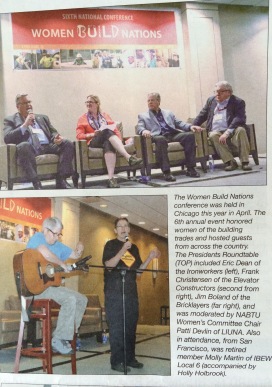 nervous, but we didn’t blow it and that audience of rowdy construction workers liked us! Friends were kind enough to video our performance, and I will eventually figure out how to post the video on this site. (I’m old and tech challenged. It will happen). This week Donna Levitt brought me a copy of Organized Labor, the San Francisco Building and Construction Trades Council’s newspaper. There was our picture on page 4! We feel like rock stars and the glow hasn’t yet worn off.

The conference was hosted by Chicago Women in Trades (CWIT) and North America’s Building Trades Unions (NABTU). A high point before the conference even began: CWIT’s fabu party at their headquarters and training center. I was delighted to connect up with old activists from way back and also meet young tradeswomen and CWIT trainees, many acting as greeters and volunteers. 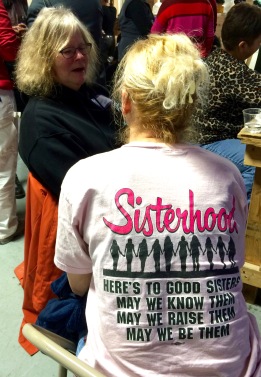 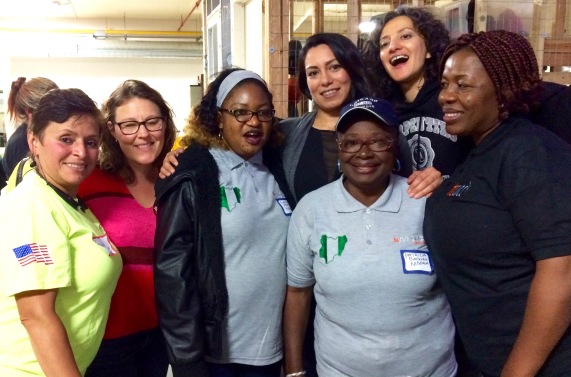 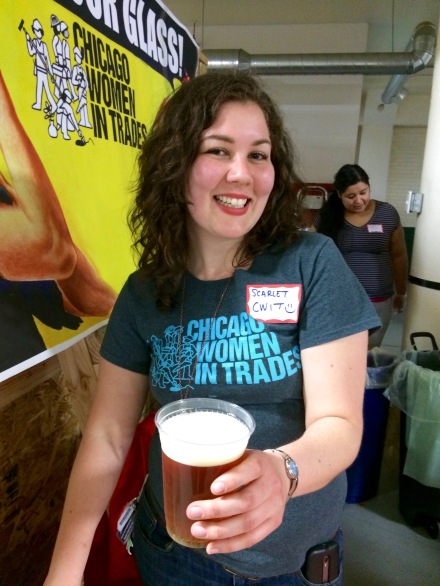 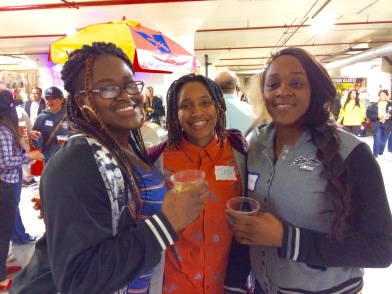 The new generation of tradeswomen 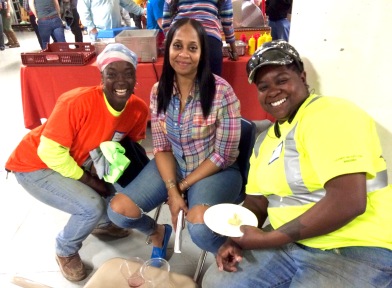 Along with historian Brigid O’Farrell and sprinkler fitter Ella Jones, I gave a workshop called “Tradeswomen History: Learning From the Past to Change the Future.” We were able to include testimony from several “tradeswomen matriarchs” who are helping us learn from the past.

As it turned out we had a mini-reunion of some of us old tradeswomen activists from the 1970s and 80s. Carpenter Lisa Diehl, who’d been an organizer of Kansas City Tradeswomen, traveled from her home in West Virginia. She entertained us with stories of feminist actions from the bra burning banner hoisting days. Ronnie Sandler, carpenter and job training wiz, came from New Hampshire. Dale McCormick, the first female in the country to turn out as a carpenter who went on to win a place in the Maine state legislature and become state treasurer, represented Maine. We reunited with Paula Smith and Lauren Sugerman, two organizers from Chicago we’d worked with to put on the 1989 second national tradeswomen conference there. And some of the early tradeswomen organizers from Chicago were in attendance too, sporting t-shirts and sweatshirts from the 1970s. 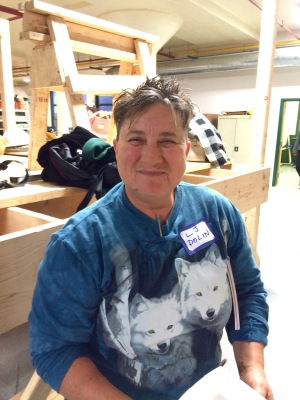 This was the 15th Women Build conference and the 6th we have renamed Women Build Nations, including women from all over North America and other countries. It was the first in this series of conferences to take place outside of California and it brought in hundreds of women from the Midwest and other parts of the U.S. who’d never participated in the past conferences. Fifteen hundred tradeswomen of all crafts, allies and union brothers attended—the biggest tradeswomen conference ever!