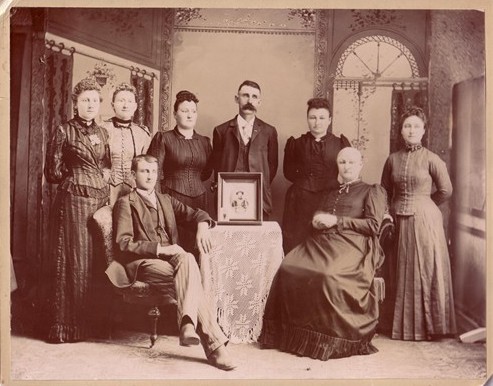 The name Orr implies an anonymous other, a potentially magical alternative to the status quo. At least that’s what we think in my extended family.

Orr is my paternal grandmother’s maiden name and so hidden from us except that it is my brother Don’s middle name.

It was my brother searching for our family history who discovered that the Orrs have a gay gene. When he got on the ancestry websites he discovered quickly that others had already researched the Orrs. One of the first he encountered was a man who lived in San Francisco and Don called me, breathless.

“He lives in Noe Valley and I think he’s gay,” gasped my brother.

“Oh my goddess!” I exclaimed. “That’s practically next door to me. What makes you think he’s gay?” I know this about my brother: he has highly refined gaydar.

“Did you get his number? I’m calling him right now.” I know this about my brother: he’s shy where I am not. It was my family duty to follow up and make the call.

And that’s how we got to know Richard, our third cousin. We are all descended from William Burgess Orr and Catherine Hart Orr who lived in Iowa in the mid-nineteenth century.

Richard and I discovered we have friends in common. He lives within walking distance of me in San Francisco and I visit him often. On one visit he gave me a framed photo of our shared great great grandmother, Catherine. She looks sternly into the camera with steely blue eyes.

Richard became our ancestry guru, supplying research and stories about our shared ancestors. He confided that we have another “bent” cousin, Sherry, who lives in Colorado, his home state.

We began to throw around the idea of the gay gene, but it wasn’t until recently when another “bent” cousin surfaced that we decided our research is definitive. Her name is Deborah and she lives in Oregon. We’ve all arranged to meet up in San Francisco for a bent cousins dinner.

Now, whenever we meet an Orr we just assume we are related, especially if they are gay. We just know we are related to Tom Orr, the talented performer and lyricist who lives in Guerneville. Now that we know we share the gay gene, perhaps we can also claim to share the song-and-dance gene. I know this about my brother: he is a singer and a dancer.

3 thoughts on “Searching for Orrs”