This story was published in Tradeswomen Magazine in 1995, but it’s set in the early 80s when encountering homeless people was not yet a daily phenomenon. Young folks won’t remember but there was a time in San Francisco and in other cities when we didn’t have to step over people sleeping in doorways and on sidewalks. It was before Reagan, as governor of California, closed down mental health facilities and sent their residents into the streets. Before buying a house in the city became out of the reach of most working people. Before the commutes of construction workers averaged two hours from far-flung communities on the outskirts. Before we got used to it. 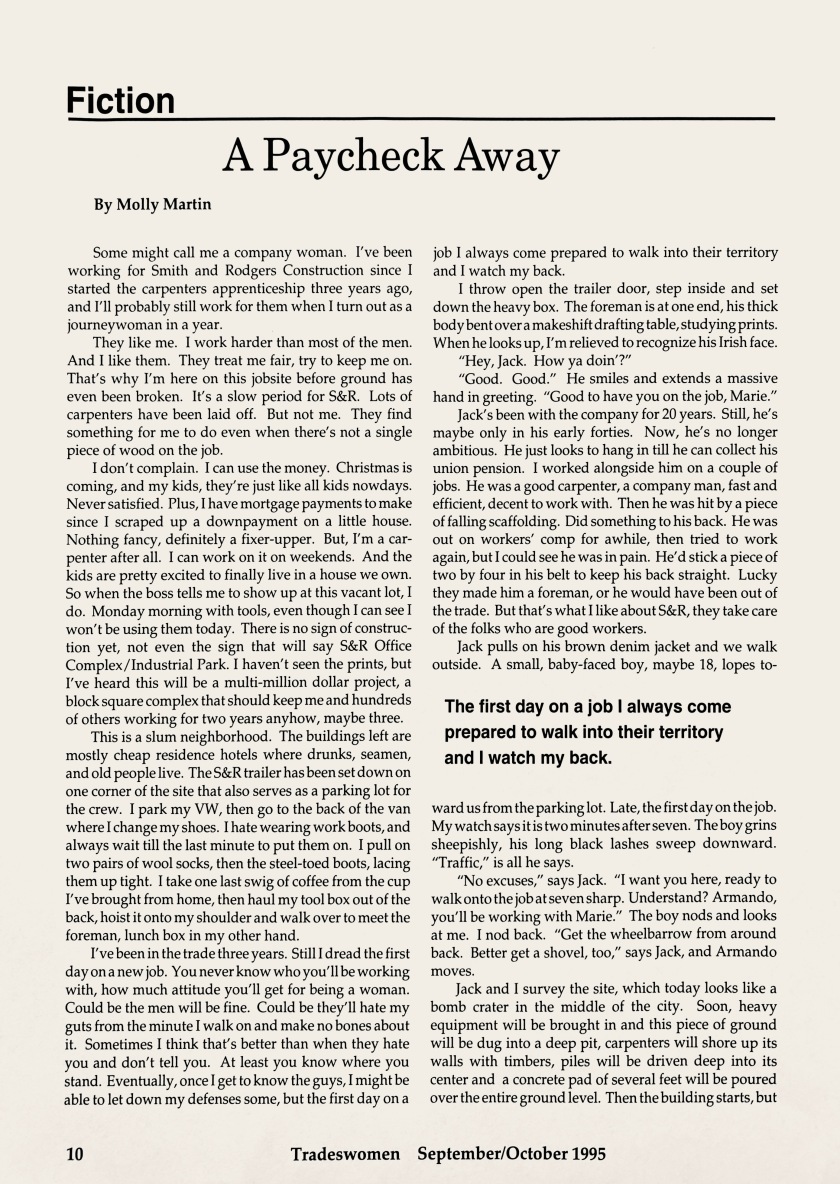